The traffic management centre is operated by the Traffic and Technic Department of the Potsdam City Administration, which is also responsible for the installation and maintenance of the traffic lights, parking guidance displays, parking management, road signs and street markings, as well as street lighting. 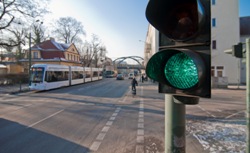 Where does the data come from? 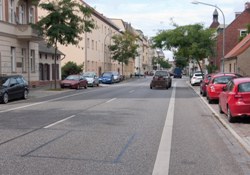 From measurement sites on the A10 autobahn, feeder roads and the main roads in the city. To determine the traffic situation, and to decide on signal controls and other interventions, induction loops, infrared detectors and video detectors have been installed. Sensors have also been installed on the bridges over the Havel to detect ice formation.

The goals of the traffic management sub-systems 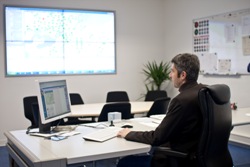 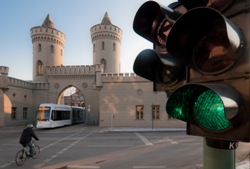 The intermodal traffic control system minimises journey times for public transport passengers. At 51 traffic lights, approaching buses or trams can influence the light phases, and in some situations they have absolute priority. The goal is to provide quicker and more efficient public transport. 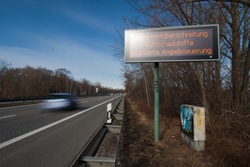 The IFS information system provides traffic information and makes recommendations for road users at 7 programmable LED displays on the main radial routes into the city. 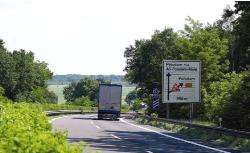 The VWF system begins to guide and distribute incoming traffic on the A10 motorway and the main feeder roads. Data from 42 measuring points makes it possible to react to disturbances in the traffic flow by switching displays to show alternative routes. This makes it possible to achieve a more even traffic densities throughout the road network. 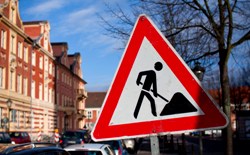 All construction work which affects traffic in Potsdam is registered electronically from the first planning application through to completion by the Traffic management in order to be able to minimise traffic disturbances.

The parking guidance system directs road users to vacant parking spaces and avoids circulating traffic searching for somewhere to park. At present, drivers on their way into the city centre are led directly to available parking spaces via 17 parking routes by means of 75 dynamic and 181 static signs. The system includes 21 car parks, some with dynamic parking space displays, offering a total of 6000 parking spaces.  Potsdam has parking space management at 80 locations in the city with 105 ticket machines. 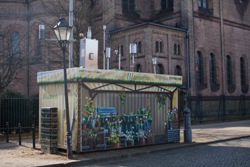 The environmental data model is a real-time system for monitoring concentrations of particulate matter and nitrogen dioxide in the city. Current traffic data, emission maps, pollution levels from four measurement containers and meteorological data are used to calculate road vehicle emissions, background concentrations and pollution levels in the city on an hourly basis.